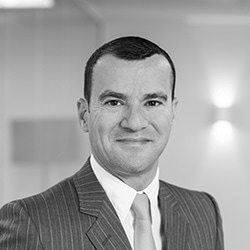 CEO and Founder of Parabellum

Rami has held a number of executive positions with corporations, including Chairman, CEO, COO, and Operations Director, and brings insight from this experience to the companies with which Parabellum Investments works. At various times a resident of Egypt, France, Australia, Indonesia, Malaysia, Congo, Gabon, Angola, UAE, and England, Rami has conducted business in over 20 countries and holds French, British and Australian citizenships.

He began his career with Schlumberger, working as Director of the Asian region and Director of Engineering Resourcing and Development for MEA and APAC. Subsequently, Rami had a brief consulting career, originally with KPMG prior to returning to line management at and later with Atos Origin, where he was director of IT Outsourcing for the firm in the UK.

Rami holds degrees in Engineering Aerospace and Pure and Applied Mathematics, both gained at the University of New South Wales, Australia.